The Best Active Adventures in Curaçao

You don’t need to go all the way to Europe to get your fix of culture. The Caribbean island of Curaçao is an autonomous country within the Kingdom of the Netherlands that is just a four-hour nonstop flight from JFK.

Though Dutch is the official language of the island, Papiamentu, a melting pot of Spanish, Portuguese, French, Dutch and English, is widely spoken between locals. The language reflects some of the many influences that have contributed to the country’s multicultural identity. If you learn just one word, make it dushi, which means sweetie or sweetheart in Papiamentu. Suffice to say dushi is always positive so if someone or something is dushi, take it as a compliment.

Locals cherish their island’s beauty and don’t take their natural resources for granted. Renewable energy is expanding and improving, with wind power significantly reducing the country’s dependence on oil.

If you’re looking for an island getaway loaded with culture, cacti-studded visual flair, stunning beaches, awesome outdoor adventures and an inclusive vibe, swipe right on Curaçao for a perfect match.

With over three-dozen beaches, beachcombers have their pick of everything from semi-secluded coves with calm water to rugged stretches with dramatic surf.

Playa Knip consistently ranks as one of the Caribbean’s best beaches. It is actually two protected beaches, Grote Knip (Big Knip) and Klein Knip (Little Knip). Whichever one you choose, they both offer memorable swimming and snorkeling. The water is sparkling clear and an impossible shade of blue that seems lifted from a box of Crayola crayons.

The Dutch arrived in Willemstad, the country’s capital and a UNESCO World Heritage Site, in the 1630s. Today, Dutch colonial architecture in a vivid color palette, adds visual panache.

There’s a small but prominent Jewish community on the island. Fleeing anti-Semitism, the Jewish people started arriving from Europe in the 1650s, when the island welcomed them.

To get a better understanding of Jewish history, visit Mikvé Israel-Emanuel Synagogue. Consecrated in 1732, it is the oldest synagogue in continuous use in the Western Hemisphere. It features an unusual Dutch-Portuguese Jewish tradition of a sand-covered floor. The sand is there to remind parishioners of the Jews wandering through desert in biblical times as well as to pay respects to their Iberian Peninsula ancestors, who used sand to muffle the sounds of their Hebrew prayers during the Inquisition. 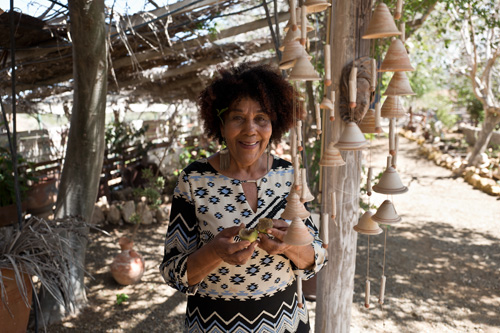 Curaçao has a rich tradition of herbal medicine and grande dame Dinah Veeris is the island’s foremost authority on herbal healing. Visitors may tour Dinah’s Den Paradera garden, which means “the place where you feel at home”. She treats symptoms from insomnia to impotence with her freshly foraged remedies, teas and love potions.

Read the full article with all tips, originally published May 2018, on offMetro World.

The Best Active Adventures in Curaçao