When you picture your dream vacation, does it involve sand or snow? For me, a perfect winter escape involves getting as far away as I can from cold weather. 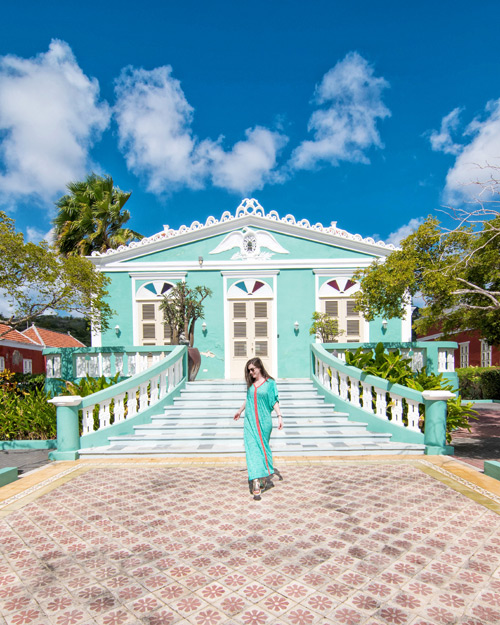 I think of the Caribbean as the extreme opposite to all of my winter doom and gloom, offering warm climates, sunshine, and relaxation, even at the height of our cold season. Nonetheless, December, January, and February can often mean big crowds of so-called “snowbird” visitors in this area of the world. To experience a warm winter vacation without a flood of fellow tourists, I recommend Curaçao.

As I chatted with friends about my upcoming trip to Curaçao, I couldn’t believe how many people had never heard of this candy-colored island. Curaçao forms part of the ABC Islands (along with Aruba and Bonaire) and is located just north of Venezuela, in the Caribbean Sea. It boasts pristine beaches, a very Insta-worthy capital (Willemstad), and year-round sunshine.

In fact, temperatures don’t tend to fluctuate much throughout the seasons. While January is Curaçao’s coolest month, its average temperature during this time of the year is 80 °F (26.5 °C). Due to its location below the hurricane belt, it is rather rare for Curaçao to encounter any weather that would mess with your vacation. I was shocked that my hotel lobby was located in an open-air area, indicating how unusual it is for Curaçao to experience rain. Furthermore, my American readers may be interested to know that U.S. currency frequently circulates the island. Thus, it’s possible to visit without even having to exchange money. Most restaurants and shops will advertise their prices in both the Netherlands Antillean guilder (abbreviated as Nafl) and the USD.

Curaçao is currently a constituent country within the Kingdom of the Netherlands. Nonetheless, it has its own diverse culture, which blends together Dutch, Papiamentu, Portuguese, Jewish, Spanish, and English traditions. Papiamentu is recognized as an official language as well as Dutch and English. Thus, American visitors to the island can easily get by with their native English. Papiamentu, the most widely spoken language in Curaçao, is a beautiful blend of African languages, Dutch, French, Spanish, Portuguese, English, and Arawak. The society as a whole is polyglot, meaning that most Curaçaoans are able to speak multiple languages.

Read the full story, originally published on January 28, 2019 with many colorful photographs, on Gringa Journeys.