Is it Caribbean, Dutch, or both? What does Curaçao cuisine consist of and what makes it unique? We talked to some local tastemakers to get some unique insight into this vibrant food culture. 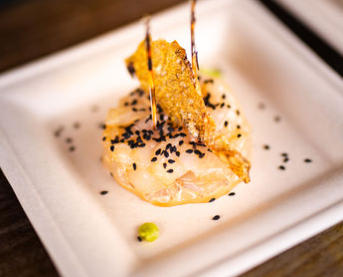 How would you describe Curaçao cuisine?

The Curaçao cuisine has its roots in the times of slavery and Dutch colonial history. Asian and South American immigrants later influenced the cuisine. To fully understand and appreciate the cuisine, you need to learn about the island’s history and geography. In general, you need to “feel it for yourself” alongside locals!

Lionfish, of course. While it’s not a traditional ingredient, as it was introduced to the island in 2009, it’s a must in every Caribbean meal. It’s a locally caught, fresh, and healthy-to-eat fish which you can enjoy with a clean conscience. What’s even better? By eating…..Click here for the original article

Curaçao Carnival: The Caribbean spectacle!
Top 10 Reasons Why Curaçao Is One The Best Vacation Destinations To Visit
Willemstad: a vibrant UNESCO World Heritage site
Holidays in Curaçao: traditional dishes to savor during the December festivities
5 Reasons Why Curaçao Is The Ideal Destination To Escape The Winter
Why gorgeous Curacao is a great destination for ecotourists
Some modules are disabled because cookies are declined. Accept cookies to experience the full functionality of this page. Learn more
ACCEPT COOKIES
We use cookies to optimize the website, no personal information is stored. Learn more
DECLINE COOKIES ACCEPT COOKIES