Curaçao’s Carnival is the largest annual celebration of all events and lasts no less than two months. The celebration of Carnival on the streets started back in 1947 with a very simple parade, just a group of people wearing the same t-shirt coming together to march and celebrate. Throughout the years, it has gained popularity and become more and more creative with elaborate and extraordinary customs, more groups joining, and larger numbers of participants. It’s no doubt that people from all over the world visit Curaçao during this time to experience this spectacle, filled with song festivals, parades, carnival royalty elections, and so much more. 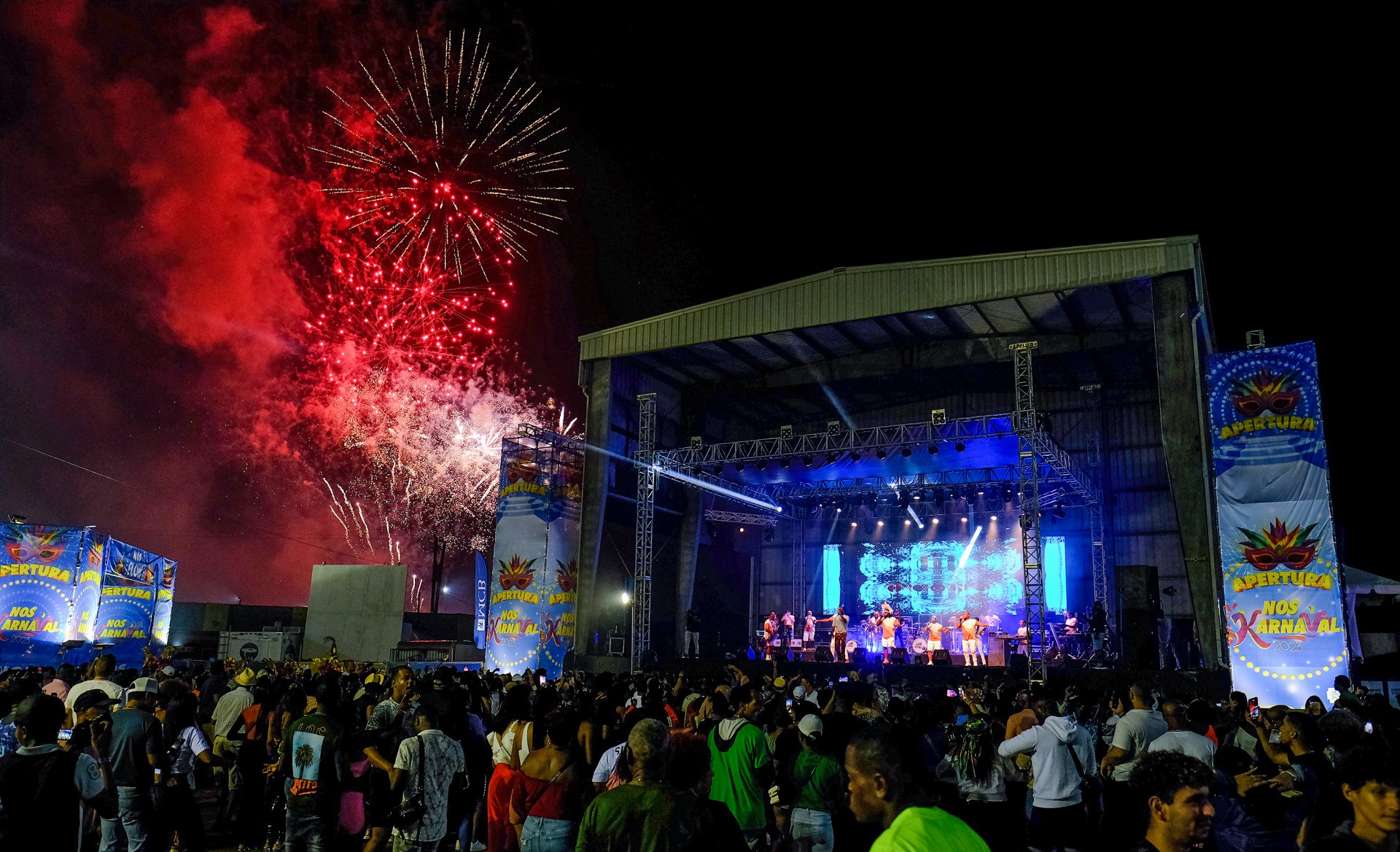 The kick-off; are you ready for the best season of all?

As we toast the New Year, we jump right into it with the Opening Ceremony of the Carnival season in the first week of January. It is a celebratory opening with local bands playing all the hits from previous years, as we all celebrate a successful carnival season. The former Tumba Kings and Queens (a song that won to become the carnival’s anthem) will take you through a nostalgic musical journey and get you 100% in the mood for the following festivities.
Let me remind you that by this time, all parade groups have formed, costumes have been revealed, group members went to fittings and the last details from bar to food to floats are being taken care of, awaiting the big day. 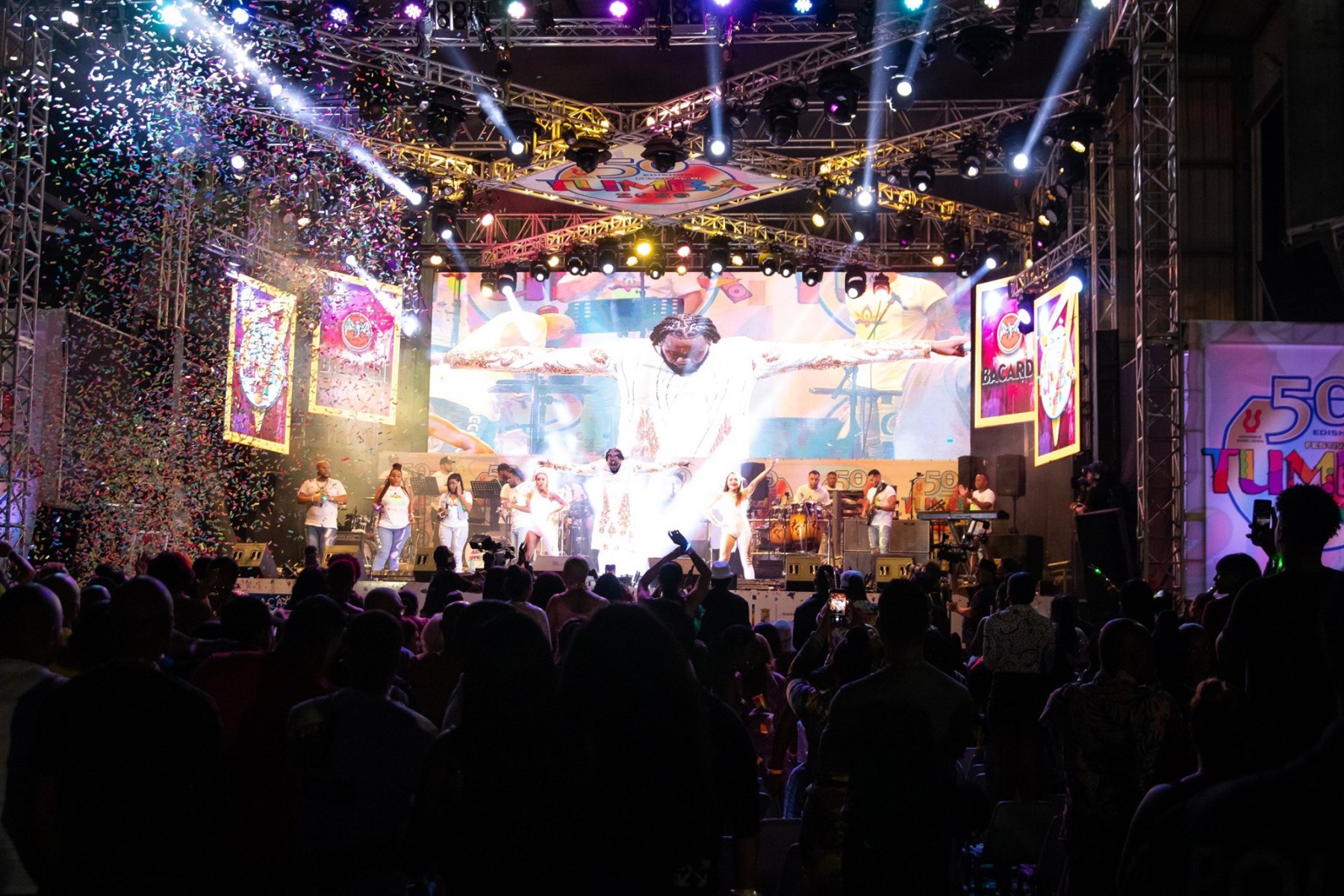 The Tumba Festival (adults) is a 4-day musical competition where more than 50 singers are judged to be crowned the next Tumba King or Queen. The qualifying rounds take place from Monday through Wednesday, with the selected finalists taking the stage one more time for the final competition on Friday. Oh what a tense and yet exciting night this is. The winning song will become the Carnival Season’s road march gracing the parades, jump-in parties, corporate celebrations and many other events. This festival has become a hallmark of Curaçao’s culture. The songs are being judged primarily on their lyrics, which should include a positive message to the community on togetherness and growth for the island, sometimes humoristically and creatively.

We can’t leave our youth out. The little ones also get a chance to show off their vocal abilities while bringing a beautiful message to the kids and community at the Festival de Tumba Hubenil. Family members and friends will gather with printed uniforms, cardboard, balloons, and sometimes even a brass band group to cheer for their favorite contestant. The winner will be crowned the Children Tumba King or Queen, lead the Children’s carnival parades, and present at many other festivities and school carnival celebrations. 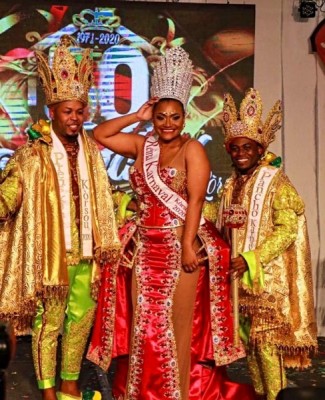 Besides our Tumba winners, we also elect the adults, teens and children’s Carnival Queen, Prince & Pancho (male duos) to lead the parades. The winners get to survey their kingdom atop a float during the parades, but with so much excitement, good music and wonderful people alongside the road enjoying the parade, it’s nearly impossible just to stand up there and wave. You’ll most of the time find them walking and dancing in front of their group taking countless selfies with the carnival enthusiasts.

After all carnival representatives have been elected and crowned, the jump-in parties will begin like the Hak’e Jump-in Festival. At these themed parties, we get creative with the uniform t-shirts or caps and gather in front of one or more big stages to dance and jump (literally) all night on the most solicited tunes of the season, including the appearance of the Tumba King/Queen and the finalists. These festival-like parties have well-assorted bars, food stands and themed party props for a lot of fun.

The most anticipated days arrived! Will you be marching and having the time of your life or will you be part of the 50.000-65.000 carnival enthusiasts enjoying all 7 parades aside the road? Each year it’s a never-ending discussion on who has more fun, the ones in or out? As a visitor, I absolutely encourage you to join a carnival stand and delight yourself with the beauty, creativity and revelry of these colorful parades with nearly 10.000 participants and no less than 7 parades, kicking off with the Horses’ Parade, followed by the Youth Carnival Parade, Teens Parade, carnival of the Bandabou region, the Grand daytime (main) Parade and Farewell Parades at night for the youth, teens and adults. The Farewell Parade will end with King Momo, a straw-filled figure that symbolizes infertility, sins, and bad luck (spiritual mythology), being burned right before Ash Wednesday.

For the complete 2023 schedule, CLICK HERE. And for more information about these events, the organization, its history, the Carnival groups and how to participate and experience it as a local, CLICK HERE.

Will I see you at the biggest national party of all?

Top 10 Reasons Why Curaçao Is One The Best Vacation Destinations To Visit
Willemstad: a vibrant UNESCO World Heritage site
Holidays in Curaçao: traditional dishes to savor during the December festivities
5 Reasons Why Curaçao Is The Ideal Destination To Escape The Winter
Why gorgeous Curacao is a great destination for ecotourists
Now Open: Sandals® Royal Curaçao Says ‘Bon Bini’ to the Dutch Caribbean
Some modules are disabled because cookies are declined. Accept cookies to experience the full functionality of this page. Learn more
ACCEPT COOKIES
We use cookies to optimize the website, no personal information is stored. Learn more
DECLINE COOKIES ACCEPT COOKIES