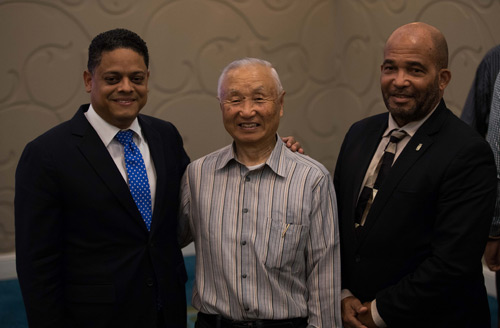 The 2018 Curaçao North Sea Jazz Festival (CNSJF) was held during the U.S. Labor Day Weekend between August 30th and September 1st, 2018. The festival made a comeback after it was cancelled in 2017.

The festival took place at its traditional venue, the Curaçao World Trade Center. The festival featured its customary super artist line-up, which included among others: Sting & Shaggy, Patti LaBelle, Jason Derulo, Grace Jones, Daddy Yankee, KC and The Sunshine Band, Carlos Vives to name a few. The festival closing out on its last day was by Christina Aguilera, who made a comeback since her last performance in 2008.

The 2018 CNSJF’s total direct spending is estimated at US$8,065,158, while the total economic contribution of the festival to the island’s economy is US$12,773,958. The festival’s total contribution to the island’s economy represents one and half days of Curaçao’s GDP output. If the festival had not occurred, the destination would have missed out on the estimated value of US$8.1 million. When examining the same week in 2017, Curacao received 10,176 international arrivals. When compared to this year (2018), the island received 12,702 during the same week. This is because the CNSJF dramatically increases tourist arrivals. The value of the 2018 festival is also demonstrated with 25% more international arrivals.

Overall, attendees’ satisfaction scores exceeded 90%, where attendees expressed their satisfaction with the musical quality of performers as well as the performers’ line-up. These are impressive satisfaction scores for a music festival. Similarly, respondents’ behavioral intentions were strong revealing intention to return and to recommend the festival to others. The festival has generated a strong fan base and has created a strong fandom with a clear CNSJF identity with compelling attendee behavioral intentions.

The 2018 CNSJF has reaffirmed its reputation as an icon festival. In the words of one international reporter: “In a contentious time for destination festivals, Curaçao North Sea Jazz serves as a model of what they could and should offer: Music that’s worth traveling for, and travel that’s worth an afternoon away from music.”